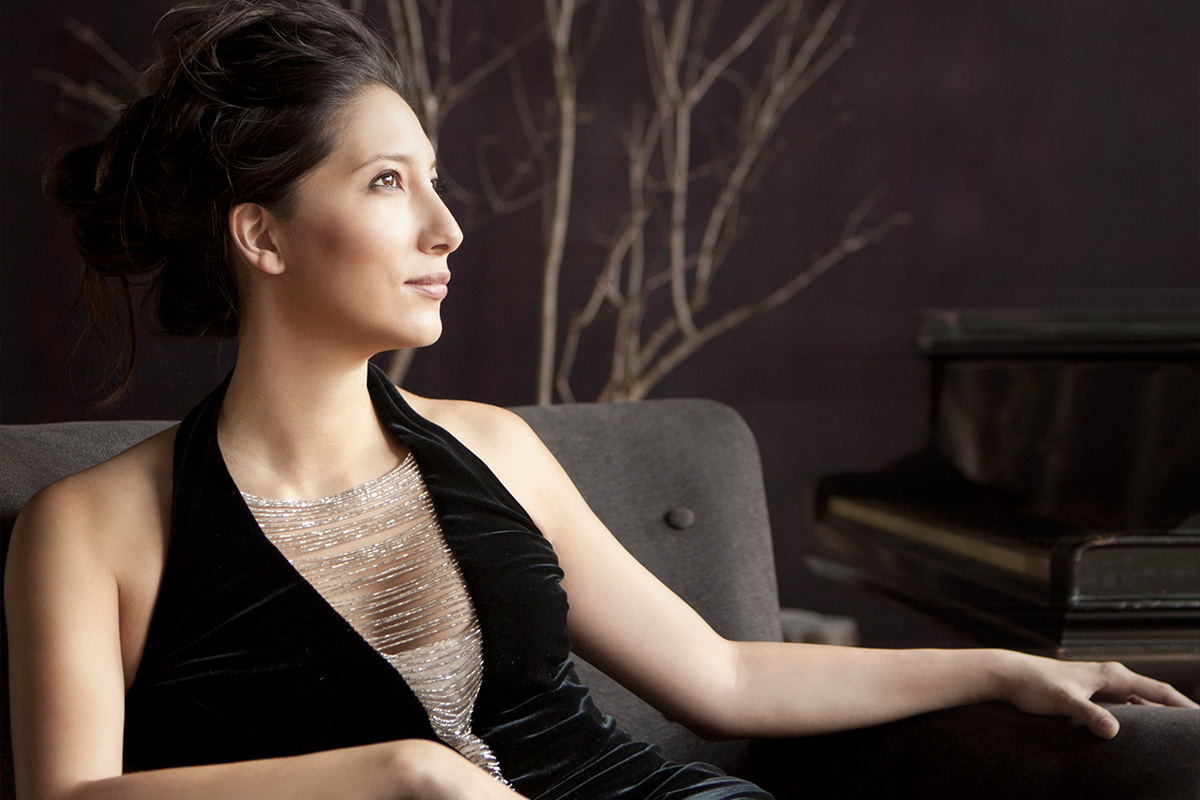 Tanya Gabrielian made her Spokane debut this past weekend, performing Edvard Grieg’s piano concerto with the Spokane Symphony Orchestra. (Courtesy)

In recent months, the Spokane Symphony and its generous supporters have brought some remarkable pianists to join them on the stage of the Martin Woldson Theater at the Fox. Archie Chen, a Spokane native who has earned an international following, played the Schumann Concerto for us. Inan Barnatan helped us see beyond the thundering octaves of the Tchaikovsky Concerto, and the astounding Natasha Paremski gave us a Beethoven “Emperor” to place among the very greatest in memory.

This weekend, we had the great pleasure of being introduced to Tanya Gabrielian, and to witness the transforming effect that a gifted artist can have on even the most familiar of classical chestnuts – in this case, the Piano Concerto in A minor of Edvard Grieg (1868). Gabrielian, a colleague of music director James Lowe since she won the Scottish International Piano Competition in 2004, was able to join him in these concerts thanks to the generosity of Billie Severtson, who added this to her long list of gifts to the Spokane arts community.

As an “appetizer” before the Grieg Concerto, Lowe and the orchestra delivered an electrifying rendition of Rimsky-Korsakov’s “Dance of the Tumblers” from his exquisite opera “The Snow Maiden.” The opening of the piece is an explosion of color that washes back and forth across the orchestra to the final measure. Here, as throughout this very demanding program, the Spokane Symphony responded with intensity, pinpoint accuracy of intonation, and perfection of ensemble.

While the interpretation of the Grieg Concerto by Gabrielian and Lowe lacked nothing in passages of virtuosic fire, it was chiefly marked by thoughtful lyricism. Praising professional musicians for playing in tempo and giving notes their full value is certainly not very sexy, but Saturday’s performance revealed how lax some famous performers have been.

Under Gabrielian’s fingers, the shopworn phrases of the concerto took on fresh color when given a chance to breathe. We were able to appreciate Grieg’s piquant harmonies in the skipping second theme of the first movement just because she allowed every note to tell and every phrase to unfold naturally. This was the mark of a serious artist who, having overcome every technical challenge her instrument can present, concentrates on revealing all she can about the music.

In remarks before the concert, Gabrielian did nothing to conceal the fact that these were her first public performances of the Grieg concerto. The audience, too, reacted as though this were the first time they had heard the music. In some ways, perhaps, it was.

As if to mark the departure of the second half of the program from the buoyant romanticism of the first, the full orchestra did not come onstage after the intermission. Rather a few members of each of the string sections of the orchestra entered from the wings. Three remained on the stage, while the remainder took places in the aisles of the auditorium to play, without conductor, Stephen Montague’s “Snowscape: St. Pölten,” in which each player is given the same sequence of notes, but starts playing them at a point of their own choosing. One might expect the result to be chaotic but, in fact, the effect is one of calm, determined order, proceeding from and resolving at last into a single, quiet note. One could also feel oneself progress from puzzlement to acceptance, and then to deep enjoyment of the still, calm beauty of the piece and of the natural phenomenon it was meant to evoke.

All traces of calm were blown away by the opening of the final work on the program: Carl Nielsen’s Symphony No. 4, Op. 29 (1916), subtitled “The Inextinguishable.” Both in his interview with E.J. Ianelli on Spokane Public Radio and in his remarks from the stage, Lowe was eloquent in stating his belief that hearing this symphony is not only appropriate, but “needed” at this time of worldwide uncertainty and anxiety.

If you came to the Fox this weekend demanding to hear the inescapable logic of Beethoven, the crystalline clarity of Mozart, or the endless melody of Rachmaninov, you would have left unsatisfied.

If, however, you came prepared to hear how a skilled and serious artist went about finding a way of expressing in music the greatest of life’s mysteries – that is, its inextinguishable determination to persist, despite all efforts and accidents to the contrary – you would have left the hall uplifted, stimulated, even inspired.

If the musicians of the Spokane Symphony felt that way is hard to say, for, whatever else the Nielsen Fourth may be, it is unquestionably very hard to play. When a section of the orchestra is in the spotlight, and even when several share it, they are asked to play continuously at the limits of their endurance and ability.

Incredibly, the Spokane Symphony managed not only to meet Nielsen’s extraordinary demands, but to do so with the same power and accuracy they displayed at the very opening of the program, when they used “Dance of the Tumblers” to raise the roof. Inspiring them, of course, was Lowe, whose mastery of Nielsen’s thorny and risk-riddled score seemed to be absolute. His apparent love of the piece and commitment to it are themselves a stirring illustration of the indomitable life-force expressing itself through art.