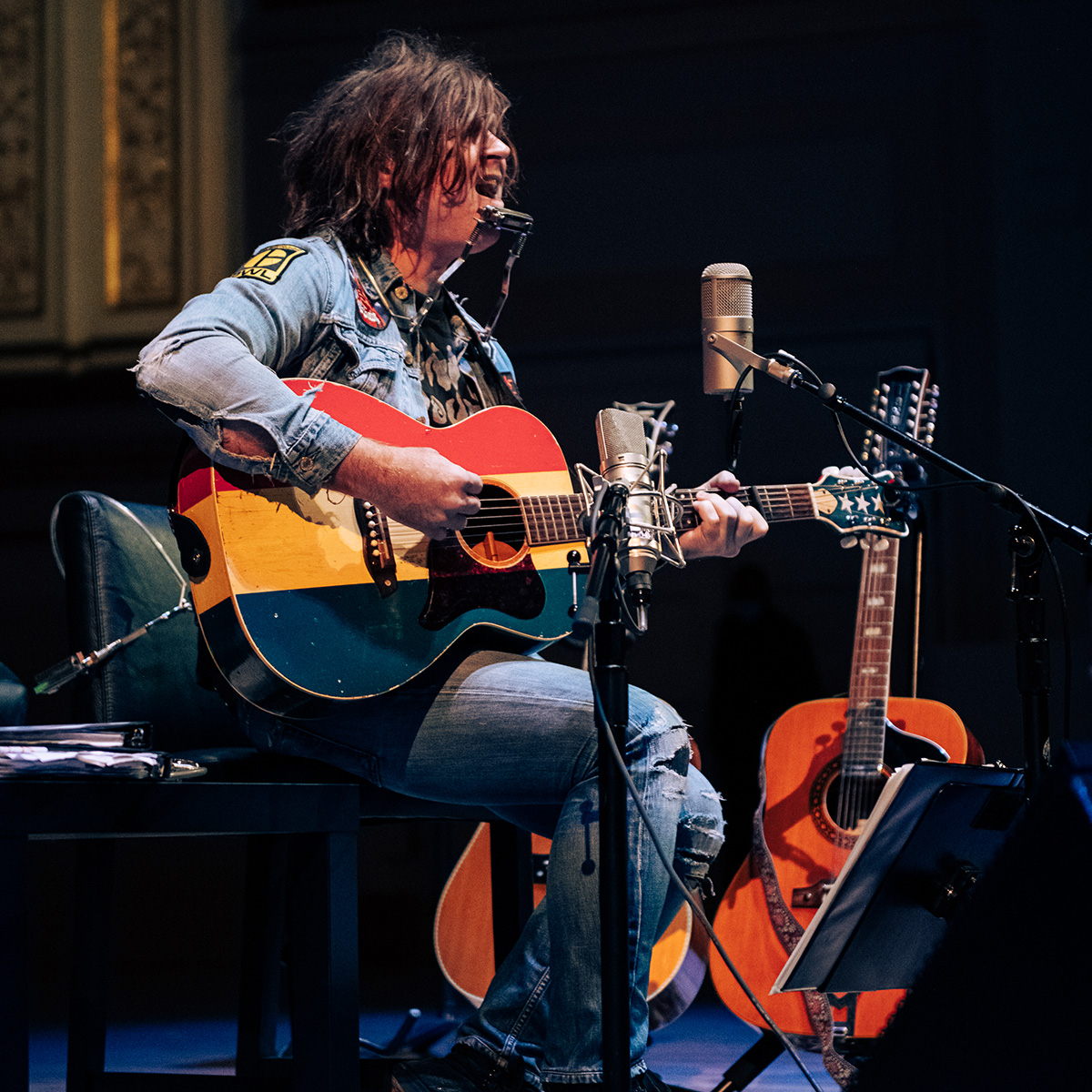 Alone on the stage, the shows are an intimate showcase of Ryan’s life-long dedication to song-writing in which his abilities are highly adored by artistic peers and cherished fans alike. Bewitching vocals and captivating guitar playing-combined with a new setlist at each show – ensure that the performances will be truly unique and unmissable occasions to all of those who appreciate the craft and performance of Adams’ unique soulfulness.

Concurrent with this announcement, Adams is releasing his fifth album of the year, a front to back covers of the classic Springsteen album, NEBRASKA, honoring the 40th anniversary of the release of this legendary album, that he has been covering regularly on his tour.  As his holiday gift, he’s making it available as a free download on his store: paxam.shop

The concerts will feature Ryan, his guitars and a piano in an acoustic tour-de-force – playing songs across his awe-inspiring catalogue. Adams have averaged more than 30 songs per concert and often plays longer than three hours at a time.

Tickets go on sale Thursday, December 8th at 10am.