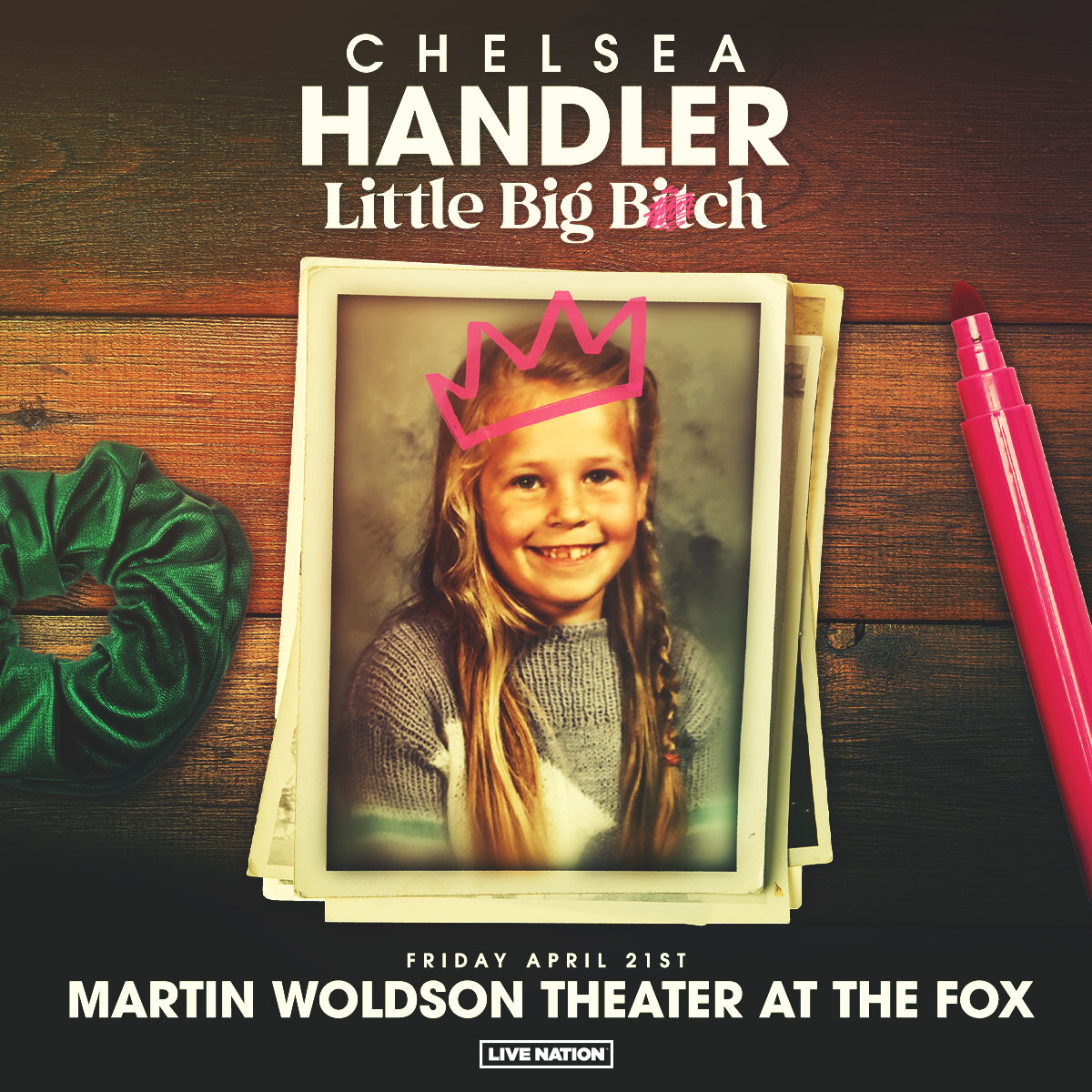 The Little Big B*tch Tour will give fans a retrospective look at what made her the person and comedian we all have grown to love. Handler shares, “Because it’s been so much fun returning to stand-up, I figure the more time I spend with my fans, the better. It’s time to give people a little insight into how I turned into who I am today.”

Chelsea Handler is a comedian, television host, New York Times best-selling author and advocate whose humor and candor have established her as one of the most celebrated voices in entertainment and pop culture. After a strong seven-year run as the host of E!’s top-rated Chelsea Lately, a tenure in which she was the only female late-night talk show host on-air, she launched her documentary series Chelsea Does followed by her talk show Chelsea on Netflix in 2016. She has penned six best-selling books, five of which have reached #1 on the New York Times Bestseller list, including 2019’s Life Will Be the Death of Me. She will executive produce and star in a TV adaptation of the book under her production banner, Chelsea Handler Productions.

In 2022, Handler made her return to Netflix with her critically acclaimed comedy special Revolution. It follows the success of her 2020 HBO Max comedy special Evolution, which earned Chelsea a Grammy nomination for Best Comedy Album. In 2021, she launched her iHeart Radio advice podcast, Dear Chelsea, and embarked on the Vaccinated and Horny Tour, bringing her sensational stand-up set to 90+ cities with 115 shows across North America and winning “The Comedy Act of 2021” at the People’s Choice Awards.  Handler has been honored by TIME magazine as one of its annual “TIME 100;” Glamour Magazine as one of their Women of the Year; and the Human Rights Campaign, which gave her its Ally for Equality Award. Handler’s wide appeal and multi-platform success have been highlighted by publications all over the world.